Could building your own home get you on to the property ladder? 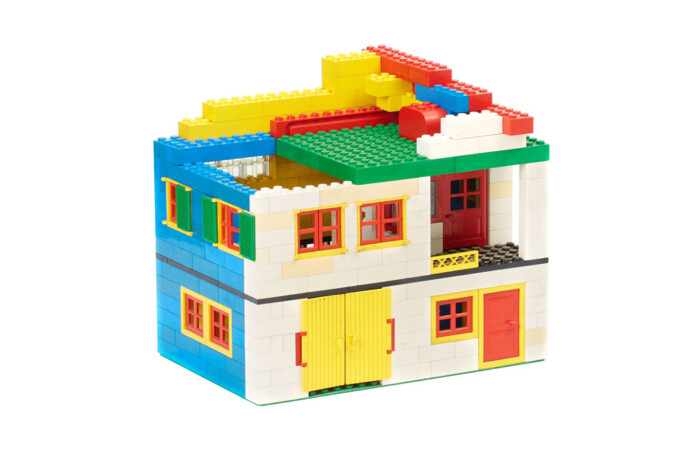 New Government initiatives will soon make it easier to build your own home. Ginetta Vedrickas looks at what is being proposed, including Help to Build

The closest most of us get to imagining our own personally designed dream home is by watching TV’s Grand Designs. But self-build may soon be a more accessible option thanks to last summer’s publication of the Government’s review into self-build and custom self-build homes. House: How Putting Customers in Charge Can Change Everything was initially commissioned by Boris Johnson. The prime minister requested the review with the intention that this way of building could help ease the housing shortage and give people the kind of homes they wanted to live in, as he explained, “Self-build and custom housebuilding can play a crucial role in increasing choice for consumers and ensuring people can live in the homes that they want, and that are designed to meet their needs.”

Currently around 13,000 properties per year are constructed through the self-build route, but MP Richard Bacon, the minister in charge of the review, believes that this figure could be boosted to around 40,000 per year by putting customers at the heart of the process. The review contained many suggestions of how ordinary people could go about constructing their dream home and, throughout, Bacon is adamant that building your own home – whether though custom or self-build – should be as straightforward as buying a new car. But, he says, “In practice, most customers have very little say. Indeed, for the very item on which customers spend the largest proportion of their incomes – their homes – they hold the least consumer power.”

Definition of self-build and custom build

Self-build projects are typically “one-offs” where an individual buys their own land and then directly organises the design and construction of their own home. This can cover a wide range of projects from a traditional DIY self-build home to projects where the self-builder employs someone to build their home for them.

Custom self-build homes are where you work with a developer – as an individual or a group – to help deliver your own home. The developer may help you find a plot, manage the construction, and even arrange the finance for your new home. This is more of a hands-off approach, but your home will still be tailored to match your individual requirements.

According to research by the National Custom and Self Build Association, NaCSBA, which formed part of the review’s task force, around one in three UK adults have ambitions to build their own home, with younger recipients the most enthusiastic – 48% of 18-24-year-olds and 45% of 25-34-year-olds expressed an interest in self-build. But 59% of all respondents said that finding the money to fund the project was their biggest barrier. In 2020, the average cost of a self or custom build home in the UK was £460,000 with £190,000 of that accounting for land and the rest for the build itself. When the review was published, former housing secretary Robert Jenrick expressed his intention to make building your own home a “mainstream, realistic and affordable option for people” right across the UK.

A Greater role for Homes England

Raise awareness of the right to build

The review called for a greater awareness of the right to build your own home, with the intention that the Government, again through Homes England, should work in partnership with the custom and self-build industry by creating a custom and self-build housing “show park” to showcase self-build projects. The review also called for existing legislation to be strengthened with a call for the wider publicity of “self-build and custom housebuilding registers” (all local authorities are legally obliged to hold registers where individuals seeking sites can register their intention) and the sharing of key data between landowners and people on registers.

The review called for “diversity of supply and levelling up” by reigniting what it described as its former “successful Community Housing Fund”; and creating accessible opportunities for communities to help themselves.

Pincher explained that the fund is intended to support housing schemes that are truly “community-led” with the intention that it lasts for generations to come. Community-led housing is where local groups form community land trusts or housing co-operatives to build and deliver new homes which they control, and which could then be rented or sold. As a good example of community housing, the Government pointed to the Granby Four Streets group, a community group which rebuilt an area of Toxteth in Liverpool by refurbishing derelict homes for affordable tenures and discounted market sale.

Promote greener homes and more use of advanced manufacturing methods

Bacon’s review called on the Government to recognise and support the custom and self-build housing sector for its pioneering approach to building. Specifically, the review wants to promote advanced manufacturing methods, typically modern methods of construction such as factory-built homes, and more environmentally friendly, greener homes which could meet the Government’s net-zero housing ambitions (homes that produce as much energy as they use).

Recognising that planning consent can often be a barrier to self-build projects, the review called for the Government to make sure that the planning reforms in its White Paper Planning for the Future maximise opportunities for access to land which has permission for custom self-build homes.

Iron out any tax disadvantages

The review also called on the Government to investigate any tax disadvantages there might be in the custom self-build model.

The Government also announced details of the Help to Build scheme, a £150m Government fund which could help self-builders access low-deposit mortgages through equity loans, similar to the Help to Buy scheme. Currently, self-builders are unable to make use of Help to Buy as the equity loan must be paid to the developer on completion. This approach means that the loan can’t be used for custom and self-build projects, which typically require multiple payments to different parties involved in the build project. The NaCSBA hopes that the scheme will be available by the end of this year.

Reactions to the review

Experts have broadly welcomed the review and its intentions to promote self-build. The NaCSBA believes that it could help anyone considering this route, especially first time buyers, as financial help via Help to Build will soon be available, enabling interested parties to build their own homes with just a 5% deposit. The organisation says that this is vital to open up a market previously restricted to older self-builders who typically have equity in existing homes or higher incomes. The NaCSBA also believes that show parks are a good idea as the public will be able to see first-hand the variety of homes that can be constructed this way, as is common in many European countries. Germany alone has 30, and 40% of all new homes in most developed countries are built this way. In the UK, TV programmes are the closest most of us get to seeing self-build projects and many of us don’t realise that it is an option.