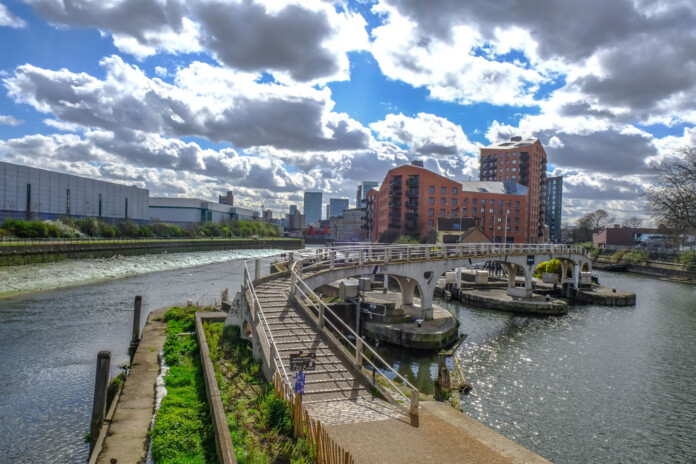 Having recently undergone an extensive £1.1bn redevelopment, the trendy East End district of Bromley-by-Bow E3 is on the up. With the legacy of London 2012 a stone’s throw away in Stratford, and Tower Hamlets benefiting from a further £9m investment to improve local transport offerings, first time buyers are sure to reap the rewards

Part of the London Borough of Tower Hamlets, Bromley-by-Bow is located between Stratford and Poplar, on the western banks of the River Lea. Officially simply “Bromley”, the local tube station was renamed in 1967 to prevent confusion with Bromley railway station in south London and, over time, has become widely used for the district itself.

Bromley-by-Bow, in Zone 2, is served by the District and Hammersmith & City Lines, with National Rail services easily reached via the Docklands Light Railway (DLR) from nearby Bow Road and Bow Church stations. The DLR also reaches Canary Wharf in under 10 minutes; an easy commute to the capital’s financial hub. The new Elizabeth Line (Crossrail), set to launch in Stratford soon, will allow journeys from Stratford to Bond Street in 15 minutes. There is a good bus network. Pedestrians and cyclists benefit from the most scenic routes in town, with the Lea Valley Walk and River Lea on the doorstep.

The area is steeped in history, first referenced as early as the year 1000 as one of the manors belonging to St Paul’s Cathedral. In more recent history, Gandhi famously chose to take up residence in Kingsley Hall on Powis Road for three months while visiting London in 1931 for talks with the British Imperial government. Declining the offer of accommodation in a West End hotel in favour of living among working-class people, Gandhi was welcomed warmly by the East End community. Bromley-by-Bow was heavily bombed in the Blitz. While many of the area’s historic buildings have been lost, Bromley Hall stands as a proud reminder of times gone by; it dates from around 1845 and is thought to be the oldest brick house in London.

Bromley-by-Bow is home to around 12,000 people. The area has historically had a high proportion of its residents renting, due perhaps to its proximity to top universities. UCL is on track to open an East Campus in the next few years, and UAL’s London College of Fashion will unite 6,500 students into one east London campus in 2022, so its popularity with students is likely to continue. Bromley-By-Bow is popular with young professionals, thanks to its commuting possibilities, and there is a great selection of apartments on
the market.

In the heart of East London, you are spoilt for choice, with bars and restaurants right on the doorstep. Locals flock to The Galvanisers Union, an old pub with contemporary finishes serving a wide range of craft beers and ales by regional breweries alongside a simple menu with bar snacks. There are even weekly Wednesday quiz nights to break up the week. If cocktails are your thing, The Widow’s Son is well worth a visit too.

Foodies will be impressed by the area’s wide-range of offerings and, in true East End style, should probably start at Maureen’s Pie and Mash, where customers have been enjoying traditional pie with all the trimmings for over 60 years. A more contemporary addition, Boxpark in Shoreditch, which started life as the world’s first pop-up mall, has some of the best street food and entertainment the city has to offer.

Brick Lane is just up the road; as a hub of London’s Bangladeshi community, it has long been famed for its curry restaurants. It now also has a reputation for its trendy nightlife and is buzzing at the weekend.

Westfield Stratford is home to 88 restaurants, a cinema, bowling lanes, karaoke and over 200 shops!

For more traditional shops head “down the Roman” to the Roman Road Market, which has been running for over 150 years and stretches for half a kilometre through the centre of Bow. Spitalfields is also nearby. Open seven days a week, it seamlessly marries its proud past with the future of retail. Visitors to the market are encouraged to share their experiences via social media and can even visit Amazon’s first ever beauty salon where customers can try new hairstyles with immersive technology before going for the chop! Alternatively, Victoria Park Village offers a range of boutique shops and cafes right by the park.

East London has plenty of art galleries, museums and independent theatres, including the Hackney Empire; an iconic venue. The Beehive is a hidden gem; the backroom of the pub has been converted into a mini venue showcasing up-and-coming talent, with music, comedy and spoken word filling a busy schedule. Genesis Cinema is also nearby and offers an attractive alternative to the multiplexes.

Green spaces are plentiful and include Bromley-by-Bow recreation ground, Victoria Park and the Olympic Park in Stratford. There is something for everybody, with adventure playgrounds, tennis courts, a bowling green, or just a stroll through gorgeous greenery. There are riverside views from every direction as well as riverside walkways, the perfect location for a morning jog or cycle. You may even stumble across The Grade I listed House Mill, one of Britain’s oldest and largest tidal mills. You can visit the water-powered mill to learn about its history as a gin distillery, or book one of the many heritage tours, concerts, art exhibitions and workshops the venue hosts.

Share
Facebook
Twitter
Linkedin
Previous articleCould building your own home get you on to the property ladder?
Next articleShared ownership buyers don’t need help from the Bank of Mum and Dad!