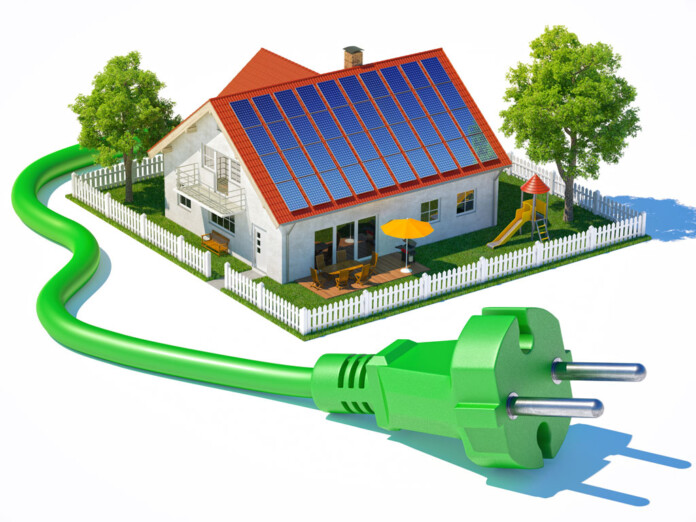 The world’s global climate crisis has never needed a more urgent solution and housing is coming under scrutiny. Ginetta Vedrickas looks at the issues

COP26
COP26 certainly put sustainability higher than ever on the agenda. Standing for “Conference of the Parties”, the summit was attended by all countries that signed the United Nations Framework Convention on Climate Change, UNFCCC, a treaty that came into force in 1994.

This year’s summit was especially important, as it reviewed the most famous COP – Paris 2015 – which reached an agreement that limiting global warming to under 2° is essential. Experts predict that any higher rise in temperature would have severe consequences for much of the world, even making some regions uninhabitable.

Implications for housing
The UK has already committed to a wide range of targets designed to cut greenhouse gas emissions to net zero by 2050. But organisations such as Extinction Rebellion say this isn’t enough, calling for an immediate halt to using fossil fuels rather than a plan that spans decades. Newspaper headlines have been full of Insulate Britain’s tactics as the campaigning organisation flags up the direct impact that housing in the UK is having on emissions. Demands include calling on the Government to insulate all social housing by 2025 and retrofit all homes in Britain to make them low-energy and low-carbon by 2030.

One of the biggest challenges facing the UK is that much of its housing stock is old and is some of Europe’s least energy efficient. According to the Committee on Climate Change, housing is responsible for 14% of the country’s greenhouse gas emissions. Around 36% of all housing was built before 1944 with only 17% of stock built from 1990 onwards. Most homes were constructed to different standards to today’s homes and heating them with fossil fuels such as gas, combined with poor insulation, has dire consequences for the planet. Campaigners want to see climate change tackled by moving to renewables and low carbon heat networks and they call for homes that are well insulated and have less air leakage.

At a meeting specifically on housing and climate change, COP26 attendants heard that it will be expensive, but necessary, to move away from fossil fuel heating methods. David Orr, Chief Executive of the National Housing Federation, told the meeting, “There’s no way on the planet we can reach net zero without decarbonising homes.”

Heating & heat pumps
Heating remains a major concern. The Government’s long-awaited Heat and Buildings Strategy presented heat pumps as a key feature as they heat homes with warmth from the air, water or ground rather than using fossil fuels. The Government has pledged to install 600,000 heat pumps per year by 2028. In 2019, a total of 35,000 were installed, versus around 1.7 million gas boilers. In 2020, around 36,000 were installed, just 6% of the target.

Insulation
The Committee on Climate Change points out that insulation rates are currently around a third of what they need to be to cut energy consumption. houzen’s founder and CEO Saurabh Saxena calls for what he calls “green thinking” to be the top priority for the property sector, predicting that insulation will be high on the housing sector’s priority list. The Green Homes Grant scheme launched in 2020 to help people insulate their homes was scrapped in March 2021 after reaching just 6,000 of the 600,000 homes for which it was intended, says Saxena, with the National Audit Office accusing the Government of “botching delivery”.

How to assess a property’s sustainability
For anyone trying to establish a property’s green credentials, houzen’s sustainability reports are a good starting point. The PropTech investment platform has collected data about how properties across the UK perform on 27 key issues impacting our climate. Thanks to a combination of AI and experts’ knowledge, buyers and houseowners will be able to see action-focused reports to help them achieve an eco-friendlier home.

Do buyers care about eco-friendly homes?
Research from property services group Leaders Romans Group (LRG), found huge demand for eco-friendly homes among consumers. The research found that almost three quarters, 70%, of respondents nationwide would like their property to be more eco-friendly. The study found that eco-friendly features such as wall insulation, renewable energy sources and double or triple glazing were a major draw, with more than half, 56%, of respondents saying they would specifically seek out a property with these qualities. Two-thirds, 66%, revealed they would choose a property with eco-friendly features over one without. Younger, more eco-conscious respondents, between 25-34, are most likely to want these features, with 61% expressing this wish. And, as these are the buyers of the future, developers and landlords who ignore their expectations do so at their peril, says LRG.

Where to buy for a low carbon footprint?
Research by Birmingham agency Barrows and Forrester looked at which pockets of the property market present homebuyers with the best chance of a below-average carbon footprint but with the added bonus of below-average property prices. The agent analysed data on CO2 emissions per capita across each county, as well as the cost of buying a home. England as a whole produces 4.9 tonnes of CO2 emissions per person annually, while the current average cost of a home is £280,921. Just 22 counties offered emissions of less than the national average, with just eight offering cheaper property values. At £120,228, County Durham is the most affordable spot to buy a home for eco-conscious buyers. The county sees just 4.5 tonnes of carbon emissions generated per person annually and is 57% more affordable to buy a home versus the national average, according to the agency.

Incentives from lenders
Lenders are using the power of global capital to incentivise developers to be more sustainable, says lender Atelier whose Carbonlite Challenge “the more sustainable your project, the cheaper your finance” has thrown down the gauntlet to property developers. Developed with support from the Royal Institute of British Architects, the seven-month pilot programme offers loans up to £10m to qualifying developments. Atelier’s co-founder Chris Gardner says, “The goal of the Carbonlite Challenge is to use the power of global capital to reduce the cost of development finance and change the way Britain builds homes for the better, and forever.”

Green new homes
Buying new build is one way of guaranteeing your home is eco-friendly, and some developers are going the extra mile when it comes to building greener homes. Barratt Developments, the UK’s largest housebuilder, is building a unique flagship zero-carbon home concept, the Z House, which will be occupied and monitored to assess its performance. It will be the first new home in the country built by a major housebuilder to go beyond the Government’s new Future Homes Standard by delivering a carbon reduction of 125%. Last year Barratt announced that all new homes will be zero carbon by 2030 and this flagship concept house is the first step in achieving that. barratthomes.co.uk

Developer Hayfield says that its plans for Hayfield Walk in Buckinghamshire were inspired by COP24 and 25 and the Government’s “green revolution pledge”. All homes offer a greener way of living with features including air source heat pumps and EV charging points. The scheme’s “green revolution” technology is “striking a chord with eco-aware homeowners”, adds Hayfield. hayfieldhomes.co.uk

Shared ownership buyers don’t need help from the Bank of Mum and Dad!