How the pandemic has changed buyers’ priorities 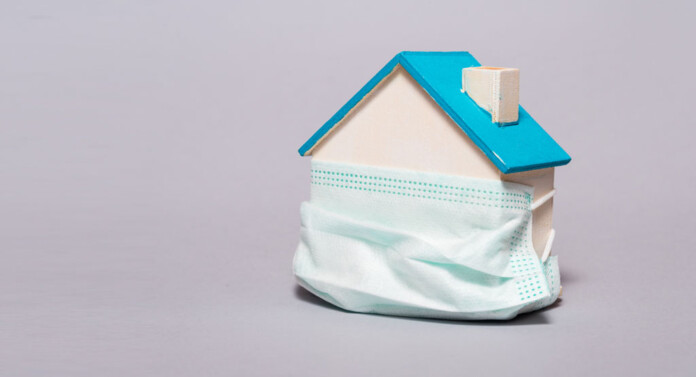 Covid-19 has certainly left the world looking like a different place, and nowhere is this starker than in the UK’s property market. But just how has the pandemic changed our priorities when it comes to buying a first home? Ginetta Vedrickas assesses the situation

Research from consumer credit reporting company Experian showed that the UK’s property aspirations, especially the younger generation, have shifted dramatically as we emerge from the pandemic. Data revealed that 60% of those in their 30s, and over half, 51%, of those in their 20s, think that the past year of rolling lockdowns has changed their view of where they’d most like to live. Unsurprisingly, after many of us spent much of the year cooped up at home, open space is a major priority for many, with 46% of those surveyed expressing that owning a city centre flat is now an outdated ideal, with 69% preferring to buy a more spacious home in suburbia or a more rural area.

What do buyers want from a new home?

The Experian study showed that the experience of living through the restrictions of the pandemic had made the majority of people re-evaluate where they would most like to live. Dreams of a rural location were highest among people in their 30s at 74%, with 58% of this age group suggesting location was more important than the property itself. As for the top 10 “must haves” that buyers now want from a home, a garden topped the wish list at 74% reflecting the growing demand for more outdoor space following the lockdowns. Number two on the list at 58% was access to private parking or a driveway, closely followed by a third spare bedroom at 55%. Although many people report that they want to continue working from home following the lockdowns, 61% of people in their 20s said that living close to their place of work was still important.

The pandemic HAS MADE people keener to buy their own homes

Perhaps the pandemic has also brought into focus what people now want from life, with buying a home a major priority. The research found that nearly two fifths, 38%, of Brits said that they were now considering buying a new home within the next five years, rising to 66% of people in their 30s and 67% of those in their 20s. Experian also found that the younger generation was among the most active in purchasing properties while the Stamp Duty holiday was in effect. Those in their 30s accounted for 34% of total mortgage applications made during this time, followed by those in their 40s, 27%, and those in their 20s, 17%.

The pandemic may have made people keen to own a home, but it also brought fear and anxiety over what the future might hold.  A recent study from money.co.uk surveyed 1,501 first time buyers to discover what they worried about most when it comes to buying their own home.

The research found that over a third of first time buyers feared experiencing a “house value drop/negative equity” once they have bought a home. Over a quarter, 26%, of first time buyers were worried that they would not be able to match their deposit saving rate to the rate of rising house prices, with 11% of people concerned over “breaking up with someone after buying together”. Explaining the research, Nisha Vaidya, mortgage editor at money.co.uk says that the pandemic has affected us in many ways, and it has created new concerns in different aspects of our lives, including financial ones.

The survey revealed that 13% of first-time buyers fear “Covid-19 influencing a spike in prices”. This is not the only fear people have as a result of Covid-19. With many people becoming remote workers, confusion has arisen in regard to where it’s best to buy, in the eventuality of going back to the office. Of respondents, 5% have said they have concerns regarding the “uncertainty about location with working from home”, Vaidya adds.

The pandemic may have caused first time buyers to worry more about where to buy, but research from Hamptons revealed an exodus from the cities with Londoners in particular deserting the capital.

Hamptons says that city outmigration has been one of the key housebuying trends of the pandemic. The study showed that overall transaction numbers in the UK rose by 52% during the first six months of the year compared with the same period in 2019. Londoner purchases outside the capital are up by 85% on the 33,480 homes they bought in the first half of 2019.

The opportunity to work from home has meant Londoners are moving further than ever before. However, most London leavers still want to retain links with the capital. The average Londoner who bought outside the capital purchased 34.6 miles away, the longest distance since Hampton’s records began and 12% or 3.6 miles further than pre-pandemic in 2019. However, most first time buyers stayed a little closer to the M25, moving 21.9 miles on average.

Where do Londoners move to?

Hamptons research found that 75% of London buyers purchased their property in the South of England. A total of 41% of London buyers bought in the South East, while 27% headed for the East of England. Three in five London leavers moved to a small town or suburban location, while a third headed for the countryside. Although the traditional London leaver hotspots on the boundary of the M25 remain popular, local authorities further afield, particularly those on the coast, have crept up the list.

There are eight local authorities where Londoners accounted for more than half of buyers in the first half of 2021. Tandridge, Hertsmere and Three Rivers top the list while coastal retreats such as Great Yarmouth, Thanet, home to Margate, and the Canterbury local authority further along the coast, which includes Whitstable, also rose in popularity.