A new key to open the door 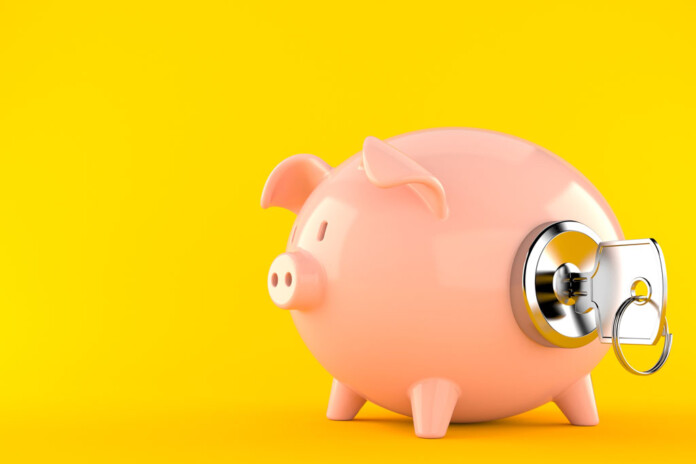 Deposit Unlock is a new way to get a foot on the ladder with a small deposit. Kay Hill finds out the details of the scheme and how it compares with other options

With saving for a deposit representing the biggest barrier to homeownership, most schemes to help people buy a home aim to make it easier to buy with a smaller savings pot, such as Help to Buy: Equity Loan. This Government scheme allows first time buyers to borrow 20% (or 40% in London) interest-free for five years, enabling them to buy a new home with just a 5% deposit. However, it is only for first time buyers, and is set to end next year.

A new scheme, Deposit Unlock, has recently been launched, which broadens the pool of people who can benefit and doesn’t have an end date. Unlike Help to Buy, which is Government-run, Deposit Unlock was set up by the Federation of Home Builders and reinsurance company Gallagher Re and is supported by housebuilders.

Who can use it?
The Government’s Help to Buy scheme insists that all participants must be genuine first time buyers who have never owned a property or land, or a share in a property, in the UK or elsewhere. And if you’re married, civil partnered or co-habiting and only one is a first time buyer, you can’t apply in a sole name to take advantage of the scheme.

The policy excludes large numbers of buyers – not just second-steppers who may need help to buy a larger property, but first time buyers with a partner who has a share in a property from an earlier relationship, siblings who might have jointly inherited a property or groups of friends where one might have a share in a family holiday home abroad. Deposit Unlock has no such restriction and is available for both first time buyers and home movers, although mortgage companies have some restrictions on lending.

What homes can you buy?
Unsurprisingly, given its creators, the scheme can only be used to buy brand new homes from participating developers – at the time of writing these included a number of big names such as Barratt, Bellway, Bloor, Countryside, Crest Nicholson, Hill, Persimmon, Redrow and Taylor Wimpey, with additional companies likely to join during the year. Each participating builder can choose which sites and individual homes it wishes to include, which are subject to change. Examples include:

Bellway – homes up to £330,000 (but excluding studios and one bedroom apartments)

How does it work?
Deposit Unlock is a mortgage indemnity scheme. A pilot scheme ran on a few sites in the North East in June 2021, but it has now launched nationally. Participating builders pay for an insurance-backed guarantee that will benefit the lender in the event that the property has to be repossessed. Lenders are wary of loaning large loan-to-value mortgages on new builds because brand new homes have a premium attached that disappears once they have been lived in, so they may lose value initially. They may also be hard to sell while the development is still being completed and new versions of the same home are being released. For these reasons, most lenders ask for larger deposits on new properties, especially flats. The insurance policy, which protects lenders from losses, should make them comfortable to loan at 95%.

Which lenders offer mortgages?
At the moment there is a conflict with the Government-backed 95% mortgage scheme, which offers a similar indemnity to participating lenders, so at present only companies not participating in the Government scheme are taking part – initially just Nationwide and Newcastle building societies. This obviously limits the options available.

At the time of writing, Nationwide was offering buyers aged 18-72 a choice of two, three and five-year fixed rates (from 2.62% with a £1,499 fee), with terms of up to 40 years – but self-employed people are not accepted. Newcastle was offering two-year (3.5%) and five-year (3.75%) fixed rate loans available to both employed and self-employed aged 18-80, with a maximum term of 40 years. However, Newcastle will not loan on one bedroom or studio apartments, or to anyone who has had furlough or SEISS income. Deals from both lenders are available through mortgage brokers only and may change rapidly.

How does it compare with other schemes?
With Help to Buy: Equity Loan, buyers only need to take out a 75% mortgage (55% within London), so rates are considerably cheaper than on a 95% mortgage. In addition, the equity loan has no interest to pay on it for the first five years, whereas interest is paid on the whole amount from the start with Deposit Unlock. However, Help to Buy gives the Government a share in the value of your home, which will need to be repaid at a later date and is based on a percentage of the value, so may end up being much more than was originally borrowed if prices have risen. Equity loans can also be expensive after five years, as the interest rate gradually increases.

In addition, the latest version of Help to Buy includes regional price caps which limit the price of the property that can be purchased using the scheme. The cap ranges from £600,000 in London down to £186,100 in the North East, while some developers offer homes of more than £750,000 through Deposit Unlock, so it may provide greater choice for those looking for larger or pricier properties.

The Government-backed 95% mortgage scheme, available to first time buyers and home movers, works in a very similar way to Deposit Unlock, but is valid on both new and pre-owned homes up to £600,000. There are also a number of lenders offering standard 95% mortgages on pre-owned properties. For example, at the time of writing, Nationwide was offering cheaper 95% loans on pre-owned houses from 2.39% for a two-year tracker or 3.19% for a five-year fixed rate with £999 fee.

Conclusion
If you want to buy a brand new home and only have a 5% deposit, then using a Help to Buy: Equity Loan with a 75% (or 55% in London) mortgage will be the cheapest monthly option over the first five years, providing you are eligible. If you don’t meet the criteria, Deposit Unlock can help you to get on the ladder sooner. Using either a standard or Government-backed 95% mortgage to buy a pre-owned home tends to be cheaper, so you may want to look at this option as well.