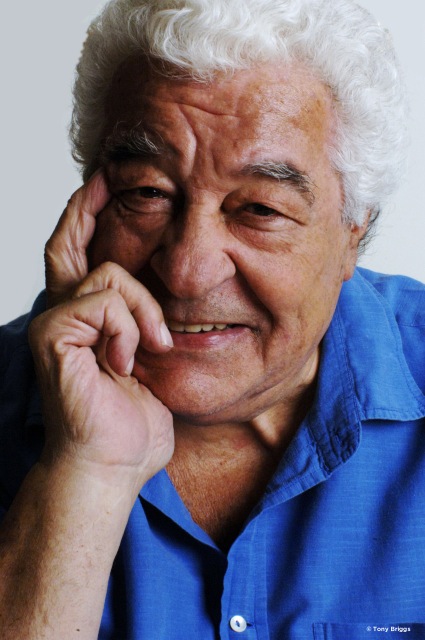 This recipe, created by top Italian chef and restaurateur, Antonio Carluccio, combines Cappelli –  a traditional Puglian pasta that resembles little hats, which is made from durum wheat semolina – with a typical Sicilian speciality, Caponata, resulting in an Italian fusion dish, which can be eaten warm or cold as a salad.

Antonio Carluccio OBE, is a much-loved and respected Italian cookery writer, chef, restaurateur and food expert. He was raised in the northwest of Italy and this has given him a rare and privileged breadth of culinary knowledge.

It was in Piedmont, at the age of seven, that Antonio started his lifelong pastime of hunting and collecting mushrooms and fungi with his father.

Antonio was created Commendatore by the Italian Government in 1998, for services rendered to Italy; this is the equivalent of a British knighthood. After spending time living in Vienna and Germany, in 1975 he moved to London and traded as a wine merchant of Italian wines, whilst learning English. His love of foraging and studying wild mushrooms continued to grow as he found many varieties growing in the English countryside close to London, almost completely undiscovered.

In 1981 Antonio took over the Neal Street restaurant in Covent Garden, London, and eventually he opened a delicatessen next to the restaurant. In 1998, he started the first Carluccio’s Caffè in Market Place, London.

Antonio has written over 20 books, on subjects ranging from mushrooms to Italian cooking, including his most recent book, Pasta, and is a regular television cook and food expert. Antonio is now a consultant to the Carluccio’s restaurant chain. 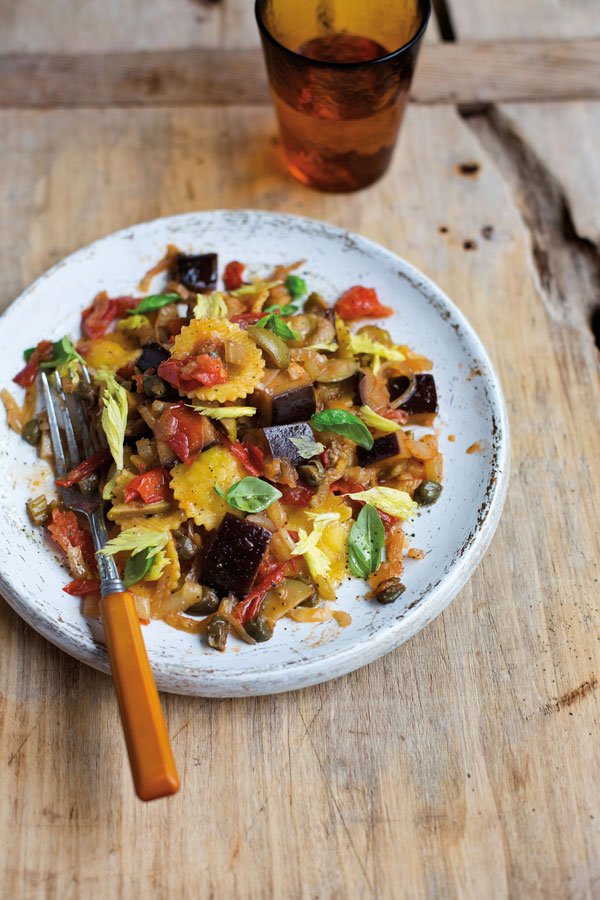 1  Start by soaking the aubergine cubes in water – in order
to make them less oil-absorbent – for up to 10 minutes. Drain them well.

2  Heat the oil in a large frying pan, then fry the aubergine until soft – about 10 minutes.

3  Drain on absorbent kitchen paper and set aside.

4  In the same oil, fry the onions for a few minutes to soften, then add the celery, celery leaves, olives, tomatoes and capers, and cook until the celery is tender – about 10 minutes.

5  Add the aubergine to the pan and stir-fry for a further 10 minutes.

6  Add the sugar and the vinegar and cook for a further five minutes.

7  Add the basil and salt and pepper to taste.

8  Meanwhile, cook the pasta in plenty of boiling salted water for 12-14 minutes, or until al dente.

9  Drain and mix with the caponata.

10  Add a drizzle of extra virgin olive oil, garnish with the rest of the basil leaves and serve.