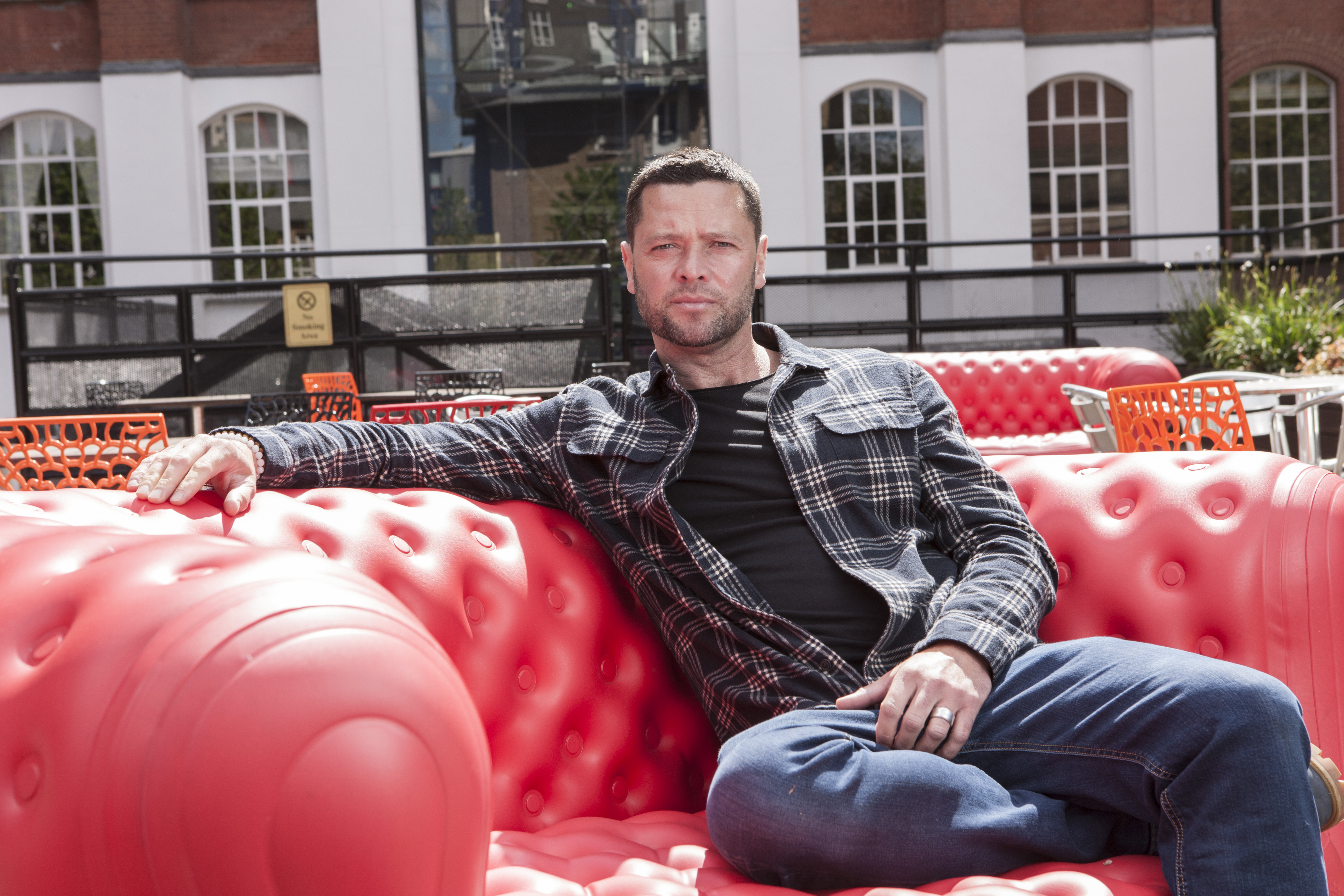 Luke Doonan bought his first apartment when he was just 18 and now owns his own property investment company. After making a series called Council House Crackdown for BBC1 – a subject very close to his heart, he has started his own production company and his latest film, Dispossession, will soon be shown in cinemas across the UK. He spoke to Lynda Clark about the film, his first home and the advice he has for first time buyers
Photo by Mike Prior

Luke Doonan packs more into a day than most people do in a week! His energy, enthusiasm and positive outlook are infectious and his story is pretty amazing too. He was brought up in East Finchley in a council flat and had a very ordinary childhood. What was different, however, was that from the age of 10, Luke longed to buy his own property. “I started doing car washing when I was very young, so that I could save up and buy a property. I was very determined to own my own home, even when I was just a young boy. I left school at 16 and worked for a family friend in his reproduction furniture company – in fact I worked seven days a week just so I could save. I sold furniture from Monday to Friday, and at weekends, I was the van boy! But I didn’t mind as I was so driven. I lived in rented rooms in flats, where the conditions were really grim, and the desire to own my own place was overwhelming. I just wanted to paint my own walls, shut the door and get my own space.”

Eventually, when he was just 18, Luke found a studio flat in Highgate, which was on the market for £37,000. He had managed to save around £7,000, which was enough for a deposit. “By then, I had decided to change track and took a fitness instructors course at a gym. I managed to get a mortgage and my payment was £200 a month. The place was in a real mess, with no heating or hot water, so I had to completely refurbish it and sort out the plumbing, the electrics and plastering. I stayed there for three to four years and then rented it out for a few months. I eventually sold it for £150,000, so I made a huge profit.”

“The whole experience gave me such a buzz that I wanted to do it over and over again. I was still a fitness instructor and I decided to move to Bow in the East End, so I bought a one bedroom flat in the famous Bryant and May matchstick factory. It was 1994, I paid £65,000 and it was a beautiful warehouse apartment. In those days, Canary Wharf was nothing like it is today, but it was a great location and had excellent transport links. Once again, I completely refurbished it, but instead of selling it, I decided to rent it out. I knew I was on to something big here, so every time a nearby property was up for sale I started buying them up. Buying in Bow was much cheaper, but I could get really good rents once I had done them up. I wanted to make every flat special and encourage would-be renters to really like and enjoy their new home. I always put champagne in the fridge on the day they moved in and it was always really appreciated, encouraging the start of a good landlord/tenant relationship. Sometimes I had to queue all night for the first flat, but I was lucky because I had changed jobs and was now working as an estate agent, which gave me so much experience and taught me a great deal about the property market.”

Looking outside of London was Luke’s next move and he bought six apartments in Chelmsford, as he saw this was a very up-and-coming area, with an easy commute to London. He has also bought at the Woolwich Royal Arsenal, right on the river Thames, and on Urban Island, which is a secret idyllic oasis of a designated conservation area, very close to Docklands and the city.

When the property market started to go into free-fall and all the press was very negative, Luke decided he would write a book, which would put a more positive spin on buying in London. He also got himself an agent, made regular appearances as the property expert on TV’s The Wright Stuff and is often on BBC London News and BBC London Radio.

Perhaps most importantly, Luke, is passionate about social housing and has been studying the housing crisis over the last two years – in particular, the massive issue of illegal subletting of council homes (people who have been given council properties, who no longer need or want them, and decide to rent them out – usually for a massive profit). It became illegal in October 2013 to sublet your council property.

He had the idea to make a TV show highlighting this issue, the housing crisis overall and also how it effects people on the housing waiting lists. He took the idea to the BBC and it was commissioned straight away, was shown on BBC1 and was a great success. The show, called Council House Crackdown, also highlighted cases where people have been on waiting lists and then moved into homes once they have been taken back off people that do not need them.

Luke has now started his own production company, 215 Productions, which is the apartment number of the first property he bought. He is now making socially and ethically driven documentaries on housing and other social issues. Whilst making Council House Crackdown, Luke saw what was really happening on some of the estates across the UK; how many of them were being regenerated, but the level of social homes being replaced was minimal in comparison to the homes which were lost. “This is a massive issue and we are effectively socially cleansing London and cities across the country. There are fewer social homes than ever before and we are losing communities which are being broken down bit by bit.”

Luke then decided to make a film to highlight these issues. Called Dispossession, it looks at the state of society and highlights stories of many of the residents who have lost their homes and communities forever. It will be shown in cinemas from mid-June 2017 and Luke has also arranged for it to be screened in as many council community centres as possible. “It’s a real eye-opener and tells some pretty incredible stories. We have been lucky enough to have Maxine Peake, the actor, to narrate it and we are also making a version of the film for the television as well as trying to show it at film festivals. The stories need to be told – I want everyone to realise just what is going on and how wrong it is.”

Luke is beyond passionate about working within the social housing sector across the UK. He would like to become a housing advisor for the Government and strongly feels we need a 25-year long term housing plan for the UK, which is implemented and carried out by whichever government is in office.

So what does he advise for first time buyers who are looking to buy their own home. “Think with your head and not your heart. Don’t get caught up in the glorious dream of looking at photos in brochures of people standing on balconies, looking like they don’t have a care in the world. It takes a lot of hard work to own your own home and also to keep up with the mortgage repayments. I think one of the best pieces of advice is to thoroughly research an area and, if you are interested in a particular development, also research the builder and what they have already sold. One little trick is to find out when the developers year-end is as they always want to sell off their properties before the new tax year, so you are more than likely to get a cheaper deal.

“First time buyers should think long-term – this is their home and it should be gone into with that in mind. You should know the area and ensure that it works for you – ask yourself some simple questions; Do you need schools close by?  What are the transport links like? Do you feel safe? Are there any local shops? Also, you may fall in love with a property, but you have to be realistic as to what you can afford and don’t bite off more than you can chew!

“There are some great government schemes, such as shared ownership and Help to Buy, which are helping so many people afford to get a foot on the ladder. I think that, to date, the Help to Buy scheme has helped almost 100,000 people to buy a new home, which is a great start for many!