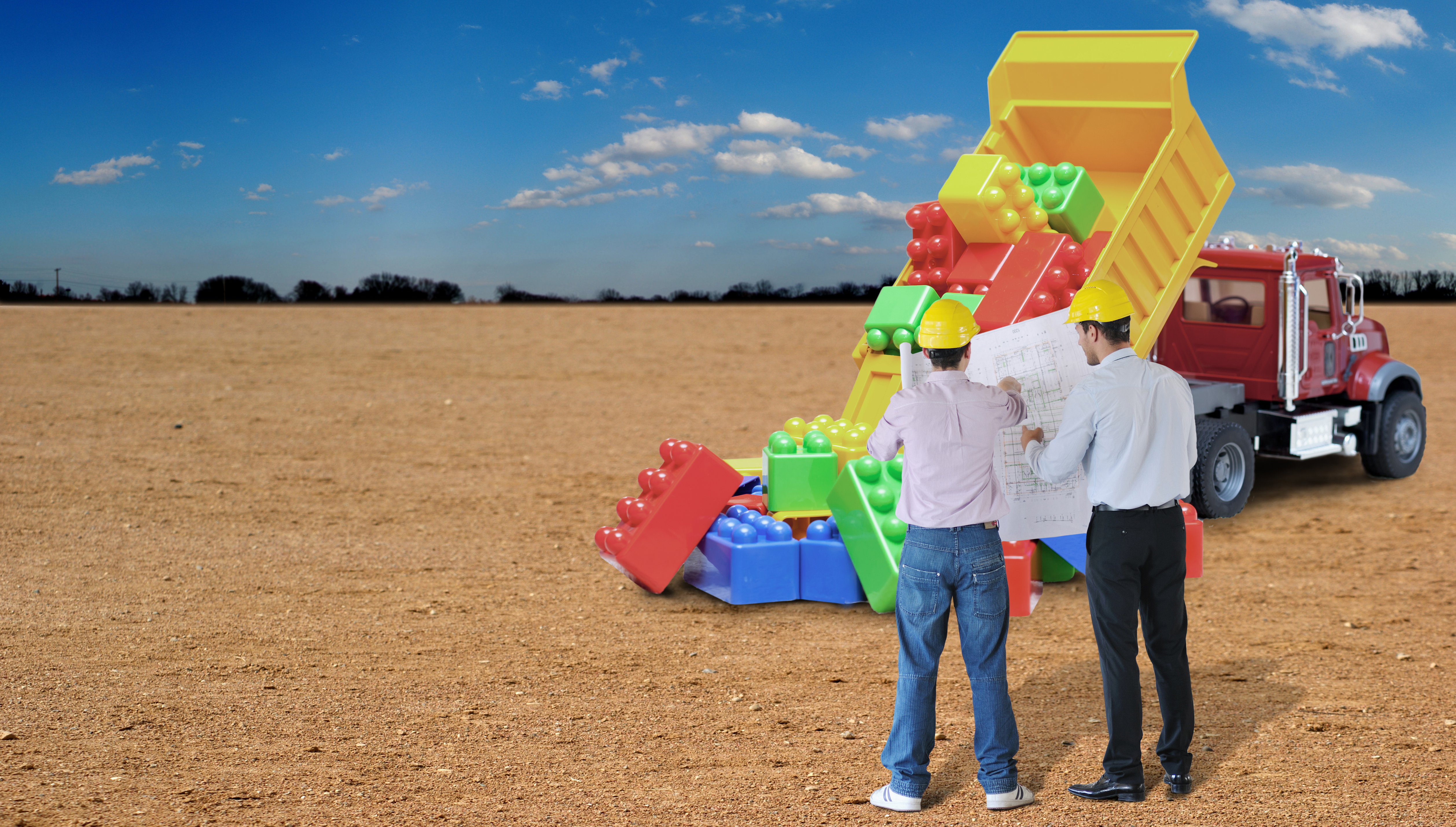 New homes are in short supply, so more of us than ever are opting to build our own, but is this an option for first time buyers?

New rules on self-build
Building your own home is becoming more of a reality, thanks to recent government legislation aimed at boosting self-build projects. As of October 2016, all local authorities must now ensure there are enough serviced building plots to meet local demand for self-build and custom-build homes, thanks to a new legal duty within the Housing and Planning Act 2016, called Right to Build. This initiative is intended to help the 53% who say they would like to self-build, or commission an individually designed, custom-build home.

In the UK, just over 8% of homes are self/custom-built compared to around 60% in Germany, 50% in Australia and 23% in the US. The new legislation aims to fulfil the Government’s commitment to double the number of custom and self-build homes in the UK by 2020 and boost numbers to European levels. Across the UK, 14,000 properties will be built in the next year, up 12% from last year. This year the National Custom and Self Build Association set up a task force to help local authorities, community groups and other organisations build large, custom and self-build projects. Buckinghamshire Advantage is the first to get their support, where over 1000 self-build homes are being built as part of a wider development in Aylesbury, now designated one of the Government’s ‘garden towns’. Graven Hill, a pioneering self- and custom-build site near Bicester in Oxfordshire, will have around 1900 new homes.

Finding out about building your own home
The popular TV programme Grand Designs must take some credit for growing interest as viewers watch builders, often on limited budgets, create their own homes from scratch. It’s exciting stuff, but self-builders do need to do their homework and attending a show can be a good starting point. Michael Holmes is a property expert for The Homebuilding & Renovating Shows and chairs the National Custom and Self Build Association and he warns that any first time buyer considering this option must have saved for a large deposit, “Self-build is an option for first time buyers, but the level of deposit required to access the market is significantly higher than for an ordinary house purchase.”

Holmes warns that entry level to the self-build market typically starts at a higher level, too, as most self-build homes are detached houses and not the typical first time buyer property. This makes self-build difficult to access for most first time buyers, until they have saved up a significant deposit and have sufficient income to get a larger mortgage, or are in a relationship where two incomes can be combined.

Self-build mortgages
Self-build mortgages come in stages, starting with the plot purchase and then further funds released as the house is constructed – typically four or five payments, each made retrospectively as work progresses. The highest loan available to purchase a plot is 70-80% of value, so purchasing an average plot priced at £100,000 would require a deposit of £20,000-£30,000, plus legal costs. (No stamp duty is payable in this example as the value falls below the threshold at which this is levied.) 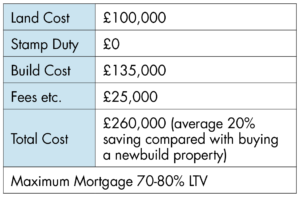 Another route to self-build
Plots are becoming increasingly expensive and sought after, and time will tell as to whether the recent legislation improves the picture, but, for anyone unable to find an affordable plot, there is another option. Some developers are buying large plots then dividing them and selling on to buyers to create their own homes. Buyers can then typically choose from a range of designs, with the option to customise and configure internal layouts. Kent-based developer Quinn Estates believes that they are the “most proactive mixed-use developer in Kent” with around 40 current projects, with over £750m of residential property being built, or in planning. Quinn’s Developer Director, Alastair Cracknell, says that his company removes stress and he sees an increasing number of buyers, even first timers, choosing this option, “The property market is so expensive and shows no signs of changing – this is one way that first time buyers can get on the ladder.” Cracknell agrees that programmes such as Grand Designs have been a catalyst and adds, “I think, deep down, everyone loves the idea of building a home exactly to their tastes and requirements.”

Quinn Estates’ plots include some at entry level,  and current sites include Boughton Park in Kent. “Our homes start from around the £200,000 mark and we are building in prime locations,” says Cracknell, who accepts that sourcing a mortgage can be complex, but the company offers advice on sympathetic lenders.